Things That Happened In Between:

thank you for listening.

have a good time,

hi there. what can i say? back in march this year i released my first album memory sketches and i am still totally amazed. people from all over the world let me know that they were listening, that the album meant something to them. it got so many wonderful reviews. i met people who knew me just because of my album and who were like friends right away.

thank you all for getting in touch, for sharing your thoughts with me and for the connection.

my new solo piano track "dark bird, you don't have to speak" was picked for the fourth version of the amazing piano cloud series on 1631 recordings. it is put among so much good piano music and i am looking forward to the release on the 31st of august.

you can preorder the compilation here.

just a quick note on this picture from bandcamp: i'm so grateful for receiving words from people i have never met. words they don't have to write. but they do.

thank you so much.

roughly two weeks after the release of my album "memory sketches" i would like to thank you for all the support and words you have sent. i have received so many messages that made me smile. in order to show you what's going on, i have collected some pictures for you. 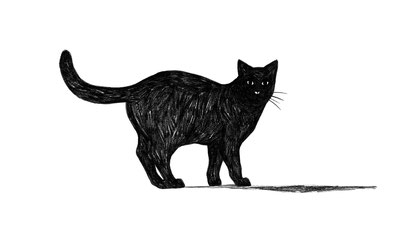 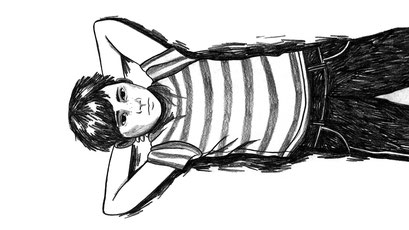 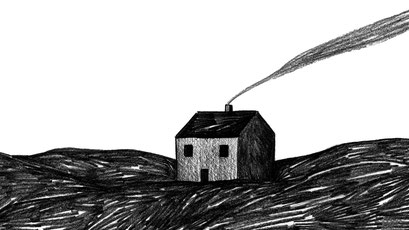 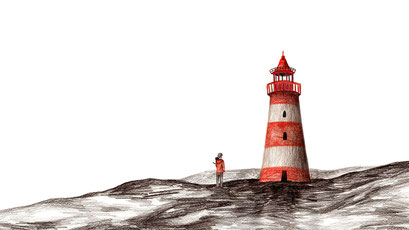 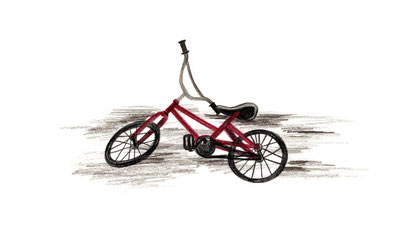 hey there. it's only 19 days until the release of my first full album "memory sketches". you can preorder the cd with beautiful artwork from zumheimathafen if you click here.

in a few days my very first music video will be published and i am really excited about it. thank you so much giulia pex for the illustration and andrea scaringello for the animation.

I THINK I LOVE THE LOOK OF JAPANESE

hi there. schole records has just launched a page on their website with information about "memory sketches". there is a japanese version as well and i immediately fell in love with its look when i first saw it.

you can check it out here:

the artwork for "memory sketches" is almost done. we need to find the right paper and the right colours, plus some other minor decisions have to be made, too. alexander's artwork is so beautiful. i can't wait for you to see it.

i've got teaser number two for you with a glimpse of the track "coming home from graduation, pt. I (yearbook)".

thank you for watching/listening,

i am so happy to announce that i have found a new home for my music. my very first full album "memory sketches" will be released by japanese label schole. i will be found next to amazing artists like akira kosemura, itoko toma, dakota suite & quentin sirjacq. we are working on a compact disc release with beautiful artwork by alexander hanke.

furthermore, my album will be co-released by swedish label 1631 recordings, which has dropped so many great albums and compilations i love (e.g. piano cloud series).

"memory sketches" will come out on the 30th of march 2018. i can't wait for you to hear what i've been working on over the last 15 months. if you follow this page, you will get a lot of information on the process of making the album and you will be supplied with some little teaser films every now and then.

thank you akira, shin, david and alex for working with me. i appreciate it with all my being.

MY ALBUM IS FINISHED & MERRY CHRISTMAS

hi there. i haven't updated this section for quite a while because i am really busy at the moment. sorry for that.

my album is finished. emil thomsen did a great job again and i can't wait to let you all hear. one of the biggest questions of the past weeks was where to release it because i have left moderna records. btw: i wish them all the best.

what can i say? there is an answer to this question and i am so excited about this (: you will find out about it very soon. stay tuned.

for now i wish you a happy christmas and a good time.

ALBUM IS BEING MASTERED AT THE VERY MOMENT

everything i was able to do is done. it's out of my hands. my new album is being mastered by emil thomsen at etmastering.dk right now. i'm so excited about the new shape it will get. stay tuned.

i just wanted to give you a short update on my first full-length album and vhoir follow-up: all tracks are recorded, sebastian selke's guest appearance is woven into the fabric and most of the mixing is done. what i'm doing now is mainly think, listen, change a detail, listen, think, change a detail etc. it sounds a bit boring but i really like this late stage of the album production.

come back for more and thank you for reading.

two days ago sebastian selke, member of the wonderful ceeys, visited me in my kitchen and we recorded cello for a few tracks for my upcoming album coming in autumn/winter. this session was extremely nice. everything went so smoothly well, it was a bit scary :). you can see us chatting about recording in ableton in the picture taken by the lovely jacqueline halle.

after the sessions we had some quality time with pizza and the north sea. i am so thankful for this and very excited about the outcome. stay tuned for more information on the process of the album production.

hi there. my track for "the exquisite corpse" is finished.

it's called "at the end all is black" and you can listen to it here:

i am already back at work at the wallring cabin, my living room studio, to record a track for a compilation called "the exquisite corpse", which is a cooperative project between london based label bigo & twigetti and my montreal based home label moderna records.

hi there. all recordings for my new track are finished. it's called "funeral for dad" and will be released on piano day (29th of march).

the special thing about it is that there are neither synth drones nor classical string instruments like cello or violins. it's a pretty plain piano track with some noise elements. i've also recorded a tiny fellow i'll show you in a picture you can find somewhere below. thank you baumi for introducing me to the world of these small beauties.

to give you a little bit of the track already i've got something nice for you here. enjoy (:

A BOY AND A WHALE

my good friend alex from zumheimathafen.de has created wonderful tim linghaus shirts with a boy and a whale. i love his art so much. you can order the shirt and a lot of other beautiful things in his shop. just click on the shirt. have fun with this (:

i am so honoured. "vhoir" made it into a best of 2016 list voted by readers on headphone commute. thank you very much (:

well, 2016 is over. the upcoming timeframe for all of us got a bit thinner once again. music-wise last year was an incredibly good one for me. i wrote my ep, it got a beautiful final shape by emil thomsen, i got signed by moderna records, "vhoir" came out and i was smashed by all the amazing feedback. thank you all so much.

well, 2017 is here. it will be a very productive one. of course, my ep needs to be followed by something longer and i have already written a plenty of new sketches. by the way: i have got a new instrument which you can see in the picture. it is the big synthesizer with the wooden panels next to my right thigh. i love this thing! it has already changed the way i write and i am more than stunned and excited to record new tracks with it. in a nutshell, i'm trying to make 2017 even better than 2016.

thank you for listening.

INTERVIEW WITH AMANDA FROM PIANO & COFFEE

find out about what made me write "vhoir" and about my thoughts on making music in general in an interview for piano & coffee.

thanks to amanda and sergio :)

i am so happy today because i can share my ep with you. go here and stream it or buy it: Moderna Records

thank you so much to évolène and nick, emil thomsen, matt niebuhr, thomas sasse and alexander hanke.

today i've got a little gift for you. it's a short teaser film that features one of the tracks on my upcoming ep "vhoir" released by moderna records. the day of the release will be one week later than originally planned - it will be the 8th of november. enjoy (:

THE PIANO IS HERE (:

A VIDEO EVERY NOW AND THEN

i'm relatively confused about the good numbers of pageviews here. thank you for that. in order to keep it interesting and to bridge the long patch until the album's release i had the idea of making some videos that sort of document the album's process and some other things related to my music. this is my first try and i'm pretty convinced that it is way too long and maybe a bit odd. i will cut it down in the next videos. that's for sure. maybe you'll like it anyway. at least it's moving.

just a short note: my album got mastered and i'm pretty stoked about the outcome. thank you so very much, emil. if you want to get a master of your music as well, check out his website: etmastering.dk

next up: artwork & modifying my website. there's plenty of time for these steps because it is sort of an autumn/winter album, i guess. come back again for some album teasers in august.